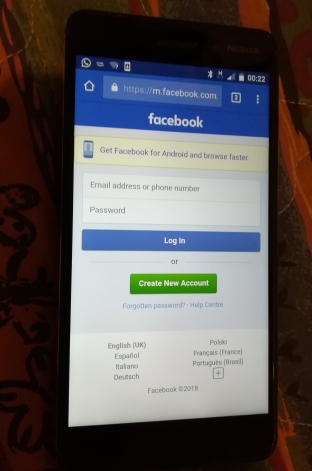 We’ve recently been thinking about children’s online digital safety, having read a report published by the NSPCC (2018) last week. It’s written by Tanya Byron, and considers the progress that’s been made to ensure children’s safety online since 2008. Back in 2008 a report by Byron was published, who had been commissioned by the then-Labour government to write a review about children’s digital worlds and make recommendations about what was necessary to minimise digital media risks. In particular, she looked at children’s Internet use and their engagement with video games.

Overall the review made 38 recommendations. One advised that industry worked to improve parents’ knowledge of parental controls and restrictions on video games. This came in light of research, for example, that has identified a link between violent video games and aggressive behaviour in children. Yet the review didn’t advocate that children should be prevented from playing video games – in fact another recommendation suggested that the government work with the education sector and industry to identify what educational benefits playing video games might offer to children. This is supported by evidence that these games can foster children’s development and learning.

So, what’s happened in the 10 years since Byron’s review? Unfortunately, in her most recent report Byron states that she doesn’t believe that the recommendation to improve parental controls has been adequately implemented. She isn’t able to find evidence that the government has sought to bring together industry and the education sector to look at learning opportunities, either. However, it is positive that it is now statutory for video games to have age ratings, another of her suggestions. Overall, of the 34 recommendations that remain relevant, just 16 were fully implemented. This paints a concerning picture about the extent to which children are able to stay safe in their digital worlds.

It’s important to remember in 2008 children’s digital lives looked very different from that of today. Thus, what may have been pressing issues then could now be superseded by the need to eliminate new risks, owing to changing attitudes and uses of digital media. Can you think of any areas of online concern that have increased in the last ten years? For instance, Byron herself notes that “in 2008, Instagram, Snapchat and WhatsApp did not exist”. Yet in an earlier blog post we cited a report published by Ofcom (2017) that found that 23% of 8 to 11 year olds have a social media profile. This is despite the fact that Facebook, Instagram and Snapchat all require users to be at least 13 years old. As another example, the NSPCC (2017) state that between 2009 and 2017 the rise in reporting online abuse means there was “a 298 per cent increase in the number of police-recorded indecent image offences in the UK”. The online digital world is constantly changing, which means those advocating for young children need to be very proactive in ensuring that those children have the knowledge, means and support to keep themselves safe.

What do you think? What are the most pressing risks to children in relation to their online lives? And what recommendations would you make to the government, or to parents, practitioners or children about what is necessary to minimise these risks?

13 thoughts on “The future of children’s online worlds”