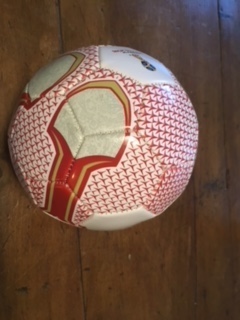 Are you enjoying the World Cup? We decided we couldn’t let it pass by without allowing Contemplating Childhoods to comment on it. We are sure if you are working with young children then some of them will have been discussing it with you; you may even have chosen to acknowledge it through activities you have provided for the children to engage with.

It goes without saying that a key part of effective early years pedagogy involves starting with the child’s interests and this is bound to be impacted by what they are hearing at home from parents, carers and older siblings. We have always been amazed at the very young age many children have begun to be hooked on football and they are clearly reflecting a cultural strand which engages them as an active participant, observer or collector of football-influenced cultural tools such as stickers, football shirts or club-branded artefacts. It is right that we don’t dismiss this as irrelevant to the early years setting but look to use the funds of knowledge (Hedges et al., 2011) they bring with them. It is also an opportunity to highlight the importance of sport and keeping fit, teamwork and develop an understanding of the world beyond their own small community. However, we also need to be aware that some have argued about the negative impact football can have on gender equality discourses.

Football culture can have a profound effect on how gender stereotypes are passed on to young children (Anderson, 2012) because of segregated gender spaces (how many women can you see on the pitch?) and hypermasculine behaviours such as aggression and posturing. Burn and Pratt-Adams (2015) discuss how football has been seen as a way of motivating working-class boys and thus can ‘reinforce’ both gender practices and gender scripts. They are certainly not anti-football and discuss how they enjoyed teaching football to mixed gender groups as primary school teachers; it is the alignment of football with a certain type of masculinity that they consider is problematic.

So how can we minimise this negative potential of football when talking about the World Cup with young children? One way is to disrupt certain scripts that both adults, and then, of course, the children who listen to them talking, will be encultured to use. For example, knowing a little about women’s historical engagement with football would ensure that we were less inclined as adults to use stereotypical scripts.  Encouraging both mixed-gender games of football and girls to engage in our national sport would also support different ways of talking about football.

It’s great we can tap into the excitement of the World Cup if we are working with young children both in terms of the benefits of physical activity, working together and in terms of cultural understanding. However, let us also be mindful of the discourses we use around football when we are talking to or near children to ensure that we are disrupting stereotypical scripts and definitions around gender. What about you?  How are you celebrating the World Cup with the children you are working with or your own children?  Are they interested?  Have you had any interesting conversations with them about it? Do please let us know your thoughts.