A thought provoking post this week from Ian Durrant who is a senior lecturer in a Faculty of Education. 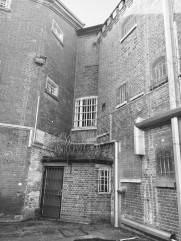 Ofsted (2009, p.2) suggested that in outstanding schools ‘Children are treated as individuals; they are supported well and expected to achieve well.’ However, there has been increasing concerns about unruly behaviour, which has led many schools to introduce tough new behaviour policies, ranging from the enforcement of school uniforms to zero tolerance for unacceptable behaviours. In 2016, the head of Hartsdown School in Margate hit the headlines by turning away up to 50 pupils in a single day for not wearing the correct school uniform. The head was reported as saying, ‘“This school has not been successful enough for our children,” adding that a “minority of children and parents” had been allowed to “set the tone for the school”.

What is interesting to note here, is that the head is drawing on the same discourse as Ofsted. That the aim of the policy is to improve the ‘success’ of the school (presumably in relation to Ofsted grading), ‘for the children’. However, interestingly this will be achieved by not allowing ‘a minority’ to set the tone by not treating children as individuals as a mechanism to enable their achievement. Or to borrow from Monty Python’s Life of Brian; we can all be individuals as long as we behave the same way.

The question becomes, how far should this new found zeal for behaviour management be allowed to go? In 2011/12 the most common reason for exclusion was persistent, disruptive behaviour, accounting for 32.9% of permanent exclusions and 24.1% of fixed period exclusions from all schools. Pupils with an SEN statement (now replaced with an EHCP) were 8x more likely to receive a permeant exclusion than those without. Perhaps not surprisingly, a number of commentators have raised serious concerns over the rates of school exclusions and how they vary by region. At the same time, schools are required to promote ‘British values’ including ‘tolerance’, ‘liberty’ and ‘respect’.

So how do schools square these circles? How do they promote individuality and diversity, try to reduce exclusion, whilst respecting the needs of the whole school community, the maintenance of ‘standards’ and ensuring schools achieve their performance targets?

Some schools have adopted what at first site could been seen as a somewhat draconian approach. For example, some schools have opted for the use of ‘consequence rooms’, a form of isolation both, for disruptive pupils.  This could be seen simply as a form of detention, many of us of a certain age are familiar with, but one that removes the positive reinforcement of peer recognition, or a type of ‘chill out room’ for the post millennials. A safe space for a child to calm down and consider their actions. However, it has been reported that in one school the behaviour policy states, ‘“Students cannot sleep or put their heads on the desk. They must sit up and face forward,” it adds. When in the booths, children are not allowed to “tap, chew, swing on their chairs, shout out, sigh, or any other unacceptable or disruptive behaviour”. “You will be allowed to go to the toilet up to a maximum of three times during the day (maximum five minutes per visit),” the policy reads. “You must use the closest toilet and go directly there and back. You will be escorted to get your lunch, but you must stay silent.”

This is more than a form of internal exclusion, it is reminiscent of the regime of solitary confinement in a military glass house. Psychological studies have long shown that sensory deprivation and isolation are highly effective behavioural management techniques, designed to break the will.  It is just hard to see how these new behaviour policies are compatible with an aim of ‘treating every child as an individual’.  Unless of course it means; schools are encouraging children to be individuals, providing they all choose to act in the same way?

Thank you Ian; what an interesting post. Do please add your thoughts and comments below.